Throughout his professional career, Lafrenz always found time to stay connected to the game of soccer. He coached Harwood Union High School’s junior varsity boys team as well as the women’s club team at the University of Vermont. It was in these part-time roles that Lafrenz found his true calling, leading him to earn a master’s degree in education, in physical education and coaching, from Boston University.

While at BU, Lafrenz was named the head coach of the men’s soccer team and director of soccer operations at Newbury College in Brookline, Mass. He led the Nighthawks to two NECC conference championship games and to a 23-19-1 overall record in the NECC. He was named NECC Coach of the Year in 2013 and Coach of the Year at Newbury College in both 2013 and 2016. Also during that time, Lafrenz worked as the director of coaching and lead administrator of the North Shore Soccer Arena in nearby Topsfield MA, where he was responsible for all arena operations, including registration, league management and player development.

In addition to his other duties at Newbury, Lafrenz developed courses in business and sport management there — and that experience, combined with his coaching expertise and academic credentials, led him in the summer of 2016 back home to Johnson State, where he was named head women’s soccer coach and coordinator of the Sport Management concentration in the B.A. in Business major.

Lafrenz graduated from Johnson State in 2000 with a bachelor’s degree in English. He earned a master of education in physical education and coaching from Boston University in 2010.

When he is not in the classroom or out on the soccer field, Lafrenz enjoys the many spoils of life in Vermont with his wife, Katina Idol (JSC 2003), and their 3-year-old son, Xavier William. 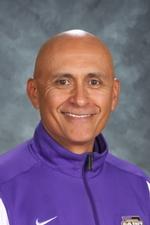 Coach Tamayo is one of the most respected coaches in Vermont and is in his 5th season working as an assitant for the NCAA Division 2 Men's Soccer team at St Michael's College in Colchester Vt.  Tamayo has worked as a staff coach with the Vermont Soccer School for many years and brings a wealth of knowledge, energy and committment to supporing young soccer players to the Vermont Soccer School Director's role.

Between 2012 and 2015, Tamayo spent four seasons as an assistant coach at nearby Norwich University, helping the Cadets compile a 48-25-11 overall mark and a 22-9-6 record in Great Northeast Athletic Conference (GNAC) play. Norwich advanced to at least the GNAC Tournament semifinals each season, including making runs to the title game in 2012 and 2014. The Cadets also participated in the Eastern College Athletic Conference (ECAC) Tournament every season.

During his first season at Saint Michael's, in 2011, the Purple Knights went 5-10-2 but yielded one goal or less 10 times while suffering six of their setbacks by a single goal, including four by 1-0 finals.

Tamayo has coached locally for a number of different teams at a variety of levels, including the Nordic Spirit Soccer Club for the past 10 years, working with players ranging from U10 to U17. He has worked as a staff coach for the Vermont Soccer Association's Olympic Development Program for the past 12 years and was previously a South Burlington High School coach for four seasons. A regionally-certified coach through the United States Soccer Federation (USSF), Tamayo has also assisted at Vermont Soccer School camps for the last eight years.

Originally from Mexico City, Tamayo played at Saint Mary's University in San Antonio, helping the Rattlers go 10-2-3 in 1982 while winning the NAIA District 4 championship, before earning his associate's degree from Champlain College in 1985 and his bachelor's degree from Northern Vermont University-Johnson in 2003. Tamayo, who earned his master's degree in educational technology from American College of Education in early 2012, works as a technology integration teacher in the Essex Junction School District. 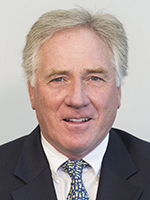 Saward completed his 33rd and final season at the helm of Middlebury College, one of New England’s most well-respected soccer programs. He led the team to 29 postseason appearances in 33 years, including five-consecutive NCAA Tournament appearances (1994-98) and 13 overall. He has more wins than any other coach in Middlebury soccer history with a career record of 359-121-58 over 33 seasons.

The 2007 season was a magical one for the Panthers, as they captured the program's first NCAA Championship. Middlebury set a school record with 18 wins against just two losses and a pair of ties. The Panthers earned a program all-time best 17 shutouts while not allowing a goal during five NCAA Tournament games. Middlebury also won its second NESCAC Championship. Following the season, Saward was named both the New England and National Coach of the Year. The following season, Saward earned Regional Coach of the Year honors after leading the team to the NCAA quarterfinals.

In the fall of 2009, Saward was honored by the NSCAA (National Soccer Coaches Association of America) with the Mike Berticelli Excellence in Coaching Education Award, given annually for long-term service to soccer.

Saward completed his final season at the helm of the women's squash program in 2005-06. His 1995 squad enjoyed its best season ever, winning flight "C" of the prestigious Howe Cup tournament held at Yale University. In 2005, his squash team rose to the top once again, winning the Walker Cup. Saward is a three-time recipient of the Clarence C. Chaffee Award, given to "the coach whose team has demonstrated the qualities and court demeanor that characterized Clarence C. Chaffee."

Before joining the Middlebury staff in 1985, Saward was an assistant varsity and head junior varsity coach at the University of Massachusetts-Amherst for two years. He has also coached or directed several soccer schools and summer camps.

Saward, who is director of coaching for the State of Vermont and chair of the NCAA tournament committee for New England, is a Senior Staff Coach with the NSCAA national coaching staff. He is a certified soccer coach of both the British and Canadian Soccer associations and holds the NSCAA Advanced Coaching Diploma. Saward earned his bachelor's degree in education at the University of London and his Master's degree at Springfield College.

Peter has worked at Vermont Soccer School for 26 years.

He has served as Coach, Division Director, and currently serves as Administrative Director.

Peter lives in St. Albans, VT with his wife. Peter is a life long educator and former Mayor of St. Albans.